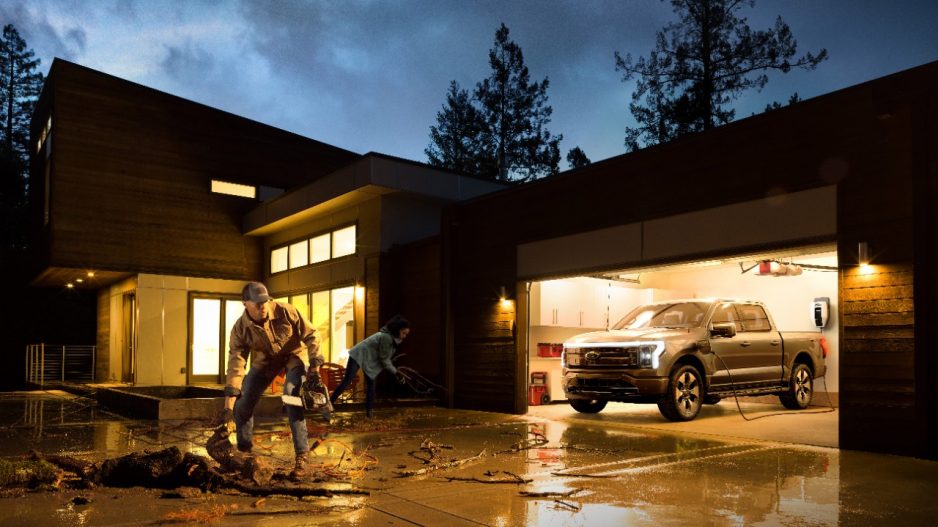 The more we hear about the new Ford F-150 Lightning, the more we want to get behind the wheel. We would normally say peak under the hood, but there’s nothing there (seriously, they’re calling it a “frunk”).

This Truck Is Powerful

This truck hauled a 10,000 load up the steep and frigid Ike Gauntlet in the snow. And then it hauled the same load across the sweltering Davis Dam which rises 3,000 feet in 11 miles.

It feels like just yesterday when everyone thought an electric engine was no match for good-‘ole American combustion engines. But here we are — the most capable truck on the market might soon be an EV. We can’t wait to see the Denis Leary commercials for these trucks. “Plug into your inner tough-guy, and plug into the Ford F-150 Lightning. That’s right, lightning. Because these big tough trucks can tackle any job.”

Go the Distance in an F-150 Lightning 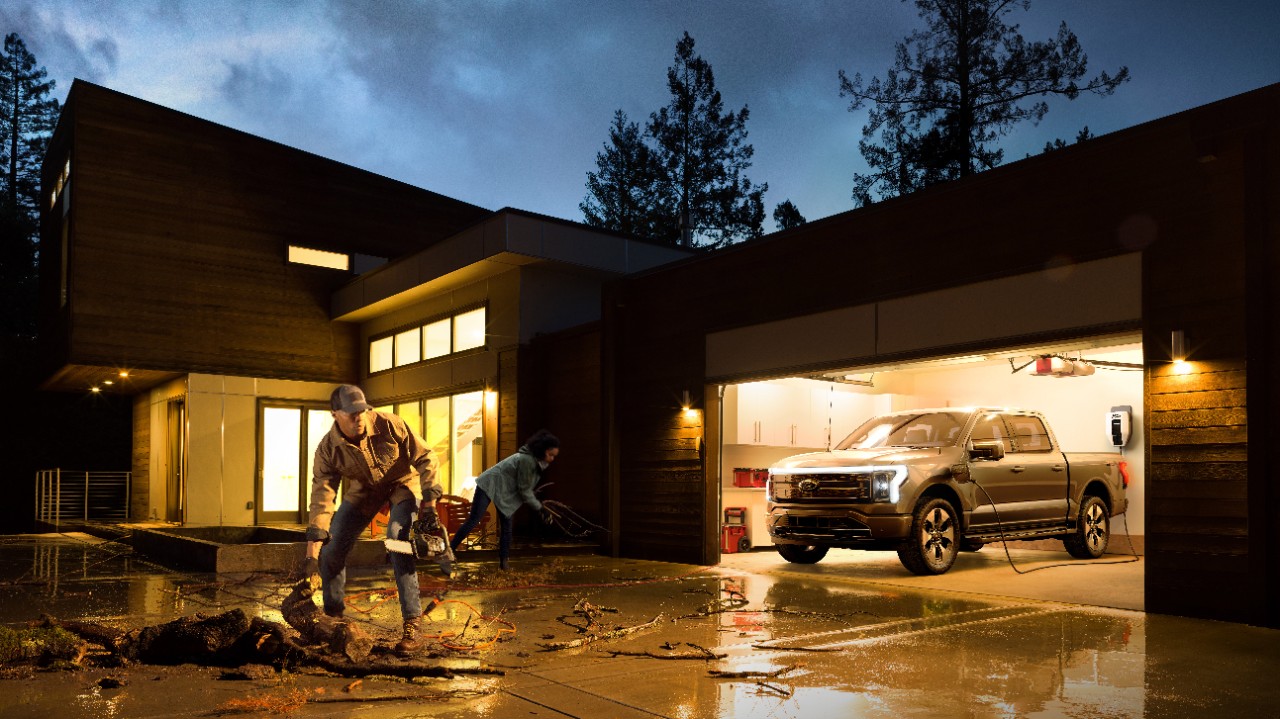 The new Ford F-150 Lightning can even serve as a backup power source for your house.

And don’t worry about getting stranded on a rural worksite in your loaded-down Ford F-150 Lightning. The EPA confirmed Ford’s estimated ranges and even found a few trim packages to go farther than estimated on a single charge.

The lower-tiered trims are estimated to get 230 miles and the more advanced trims should get 320 miles on a single charge.

If that don’t impress you much, the truck even serves as a power source for your house!

The future isn’t as spaceship-filled as promised, but at least the Ford F-150 Lightning feels kind of like a spaceship. 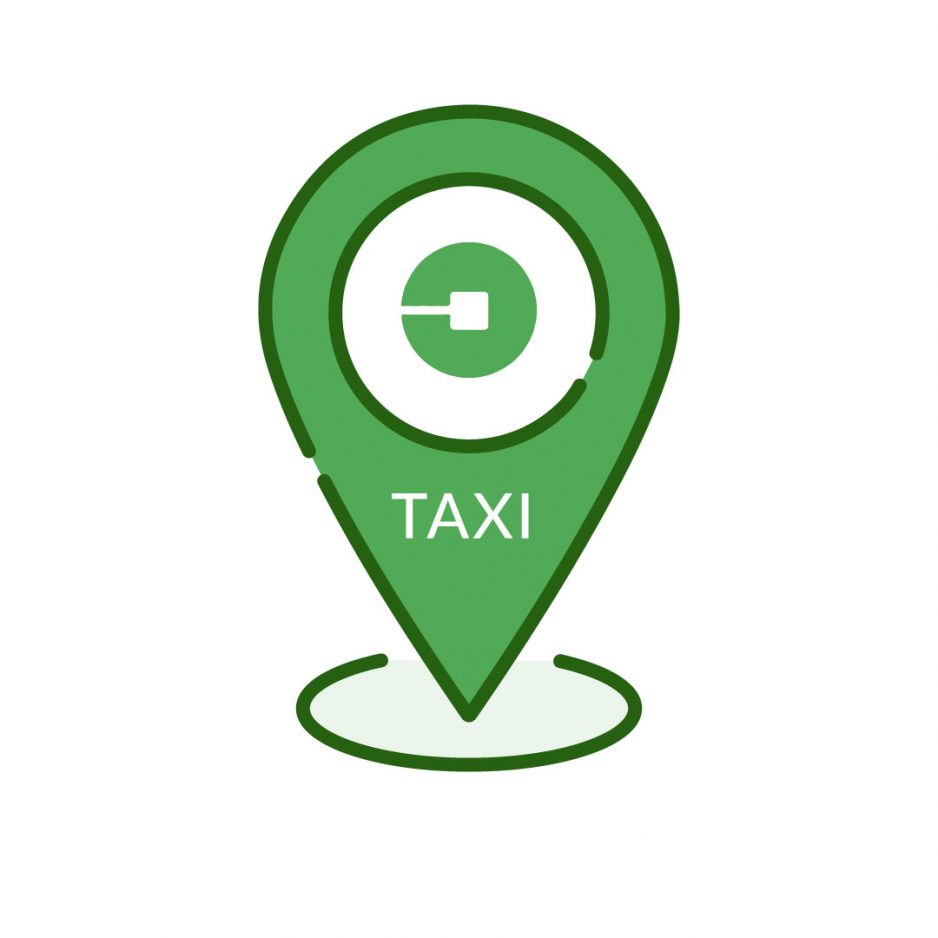 Soon, the very taxis Uber sought to disrupt will be available through the Uber app. “Yellow Cab” by Bert Boerma is licensed under CC BY 2.0

How the Disruptors Are Getting Disrupted

After years of fighting and bitterness between Uber and New York taxi owners and operators, the two are joining forces.

This is seriously wild. Uber, the “Uber” of ride-sharing apps, is turning to the very industry it disrupted to help fill the demand for drivers. The entire Uber story arc is based on its fight to eliminate the taxi-cab industry.

And now, they’re cutting deals with the taxi drivers of New York City, the most active battleground in the aforementioned fight, all because they can’t get enough drivers to meet demand.

What Uber’s Move Means for You?

If Uber’s plan works, fares should go down. As taxi drivers begin accepting Uber rides, the availability will go up, and surge pricing will be rarer.

As for pay, taxi drivers in New York City will be paid the Uber rate for rides accepted through the Uber app. But unlike other drivers, taxi drivers will be able to see an estimated fare before accepting the ride.

Where Are All the Uber Drivers?

Rideshare apps are experiencing a massive lack of drivers, making it feel like we’re always paying for surge pricing. The lack of drivers can be explained by a truly perfect storm, but in one word, COVID. Here are the three factors that created the storm:

PANDEMIC – When people sheltered at home in 2020, rides on the app fell off a cliff.

DELIVERY – Simultaneously, food and grocery delivery demand are skyrocketing. Drivers found themselves making more money and driving fewer miles delivering food. And groceries typically don’t barf in the backseat on the way home from the bar. Dain Evans summed it up nicely for CSNBC:

“It was a bit like a gold rush for drivers who were not able to deliver passengers during the pandemic; while Uber’s ride-sharing revenue decreased 43% between 2019 and 2020, its delivery revenue increased 179%, according to its 2020 annual earnings report.”

BAD BUSINESS – To top it all off, Uber had been notorious for undercutting its drivers ever since the startup’s new-car smell wore off. As soon as the driver’s found a better way to make money, they jumped ship and didn’t think twice.

Uber Appears to Be In It for the Long Haul

This move looks like more than just a bandaid for Uber. To list taxis on its app, Uber is integrating its tech with Curb Mobility and Creative Mobile Technologies.

They’ve already worked with the Taxi industry internationally, including in countries in Europe, East Asia, and South America. It looks like integrating their competition is the future, and honestly, the best way to save Uber’s business.

Lyft Is Joining the Party, Sort Of

Meanwhile, in Nashville, Lyft is integrating Spin’s electric scooters into its app. This move is weird for completely different reasons. It seems less like they’re offering a solution and more like they’re saying, “We’re kind of busy, why don’t you just walk.”

Our Take on Uber’s Move?

Honestly, if Carmax or Cavana started buying cars on Carmigo, we’d be stoked. Inclusivity creates more room in the marketplace and usually brings the customer added value too.