EVs, EVs everywhere, but no charging stations to be seen. 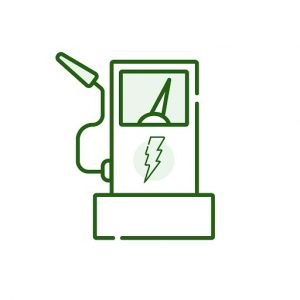 Where are all the charging stations when you’re EV is on E?

The rise in EV ownership has not quite been mirrored by the number of available charging access. And this is especially true when you get outside of metro areas.

How Many Charging Stations Are there? 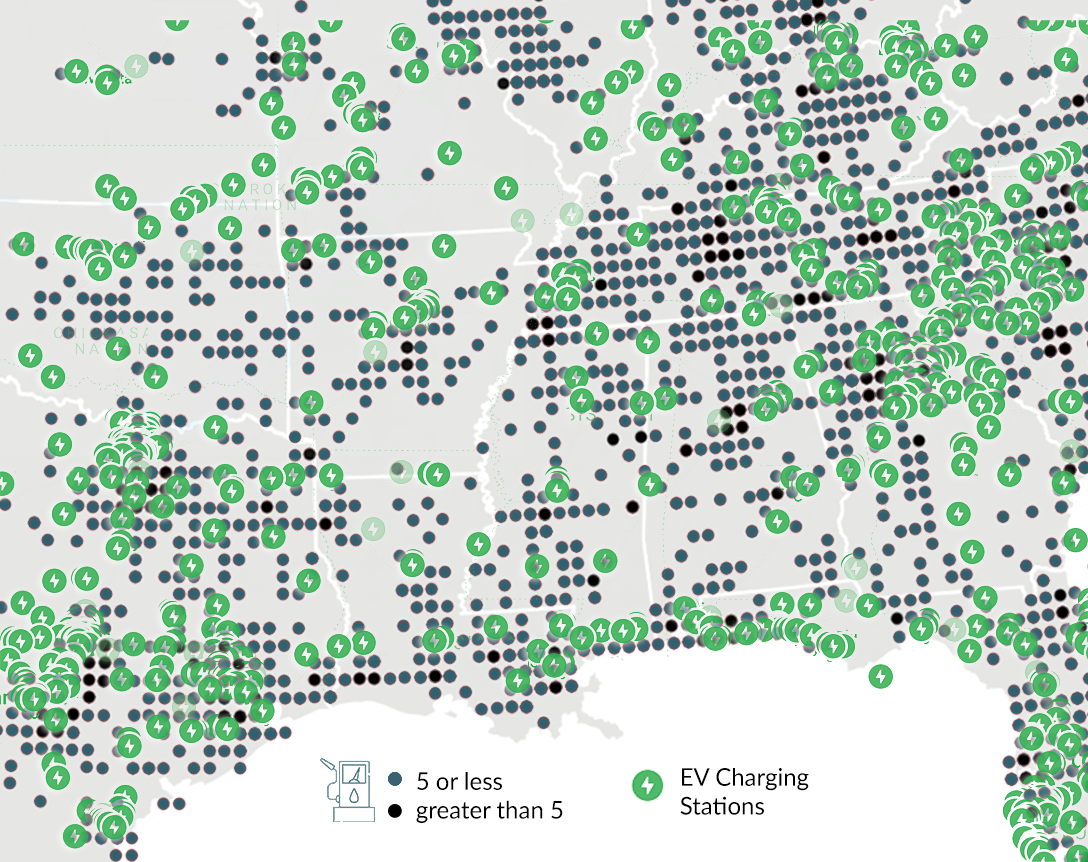 While charging stations are readily available in most cities, the number of stations between metro areas makes long-distance EV travel difficult. This map shows the density of available Shell gas stations compared to the much fewer available Tesla Superchargers.

The United States has 46,000 charging stations and 113,000 charging ports. But that doesn’t mean there is a balanced distribution all over America’s highways. In fact, most all charging ports are in metro areas. So the EV road trip is still a little ways off.

For example, the country’s most car-focused city (Los Angeles), has 2,434 charging ports, more than a third offer free charges.

But compare that with the 266 charging ports in Carmigo’s home state of Mississippi. When we say “ports,” think gas pumps. That’s not 266 “electric gas stations,” it’s 266 plugs.

This means charging is a little tricker for rural folks to make the switch to EV since electric cars still can’t drive quite as far as gas-powered vehicles.

But President Biden has outlined a plan to have 500,000 EV charging locations in the US.

And we’ve written about Electrify America’s plans to create the charging station of the future.

So while we may not be ready for the EV road trip yet, it’s close enough for us to start planning.